What audio interface brands do professional music studios use? Suppose you are a beginner or a pro in music production. In that case, this article will guide you to know what audio interface do professional studios use and how they can help you take your recording to a professional studio level.

There are tons of audio interfaces available in the market which claim to be a professional audio interfaces. But only a handful of them lives up to their words, and some can’t even get close.

So, you need to know what exactly you need from your audio interface for it to be ‘professional’ enough so that you can get the most out of your money.

In the lower price range, you have several choices. The Focusrite Scarlett 2i2 Studio provides almost all the features that most home studios need.

Why do professional studios use an audio interface?

If you are in a professional studio and need to record or mix in real time, you don’t want to simply rely on the sound card that’s built in your computer. The reasons for this were discussed in our articles dedicated to audio interfaces and external sound cards .

Why not use the sound card that is built in your computer? It’s not really suitable for recording and mixing.

Professional studios use dedicated sound cards to solve these problems. In addition, audio interface conversion is better than standard sound card conversion in most cases.

When you use a professional audio interface, the analog to digital and digital to analog converters work in a more efficient manner and can also provide better sound quality.

What features do professional audio interfaces have?

Professional studio equipment has several features that you don’t need in a home studio. Here are some examples:

* XLR inputs and outputs, as opposed to RCA or TS/TRS connectors. In a professional studio, your audio interface will be connected to the mixing console via balanced cables. In contrast, most consumer-grade sound cards have unbalanced inputs and outputs.

* Word clock synchronization. This is not usually necessary in a home studio unless you plan to record high-end analog equipment with word clock I/O capabilities.

Professional audio interfaces are often rack-mountable. You can install them in an equipment rack if you have one (you may need to buy the appropriate mounting kit). That said, you can also use desktop models that don’t require rack installation.

What audio interfaces do we recommend?

We’ve already mentioned three of our favorites: the Focusrite Scarlett 2i2 Studio, the Apogee Duet, and the RME Fireface UCX. We’ll discuss these briefly below, along with some other models that we recommend for various reasons. 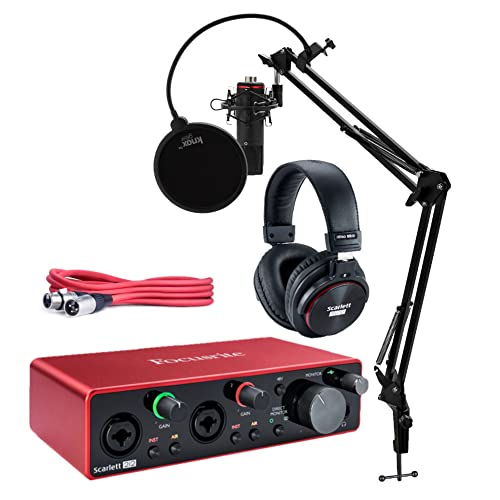 This USB 2.0 bus-powered audio interface has two microphone/instrument preamps, MIDI I/O, and four balanced outputs. There are also headphone outputs for both recording channels and the headphone cue mix.

It has separate analog gain controls for each channel, which are also unavailable on the Scarlett 2i2 Studio.

It’s worth noting that there are several other Fireface models to choose from, including some with more inputs and outputs than the UCX. But since most home studios don’t require this many channels, we think it’s best to cover a broad price range with our recommendations. 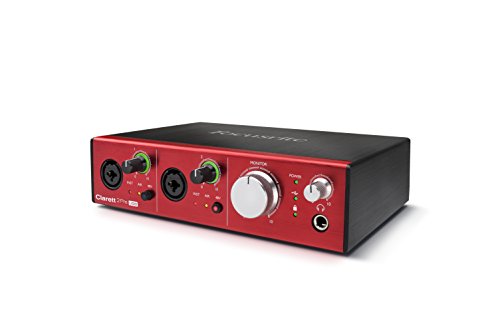 This Thunderbolt bus-powered audio interface has four microphone/instrument preamps, MIDI I/O, and eight balanced analog outputs. There are also headphone outputs for both recording channels. This model has the same spec as the Scarlett 8i6, but it’s housed in a different case and comes with a Thunderbolt cable included. 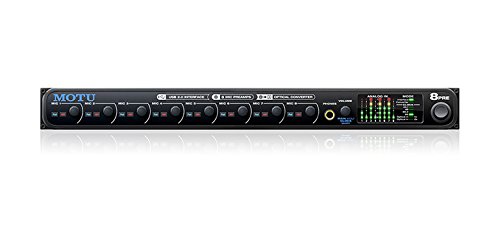 There are also headphone outputs for both recording channels and the main stereo out. We like this model because you can daisy-chain another Thunderbolt device to it.

This USB 2.0 bus-powered audio interface has two microphone/instrument preamps, MIDI I/O, and four balanced outputs. It also has a headphone out for both recording channels and the main stereo mix. You can also insert a virtual instrument in each channel via S/PDIF or ADAT.

Most home recordists don’t need 48 simultaneous inputs, which is why the lower-priced models in this list offer fewer than eight channels. But there are notable exceptions, like studio owners who work with orchestras or ensembles that require many microphones.