Audio mixers can spell the difference between an outstanding live performance or studio recording and an auditory fiasco. So, it’s essential to take a minute and consider your options before coughing up the money to buy a digital mixer for your recording studio, mainly because you can’t consider digital mixers as cheap trinkets.

If you’re not looking to spend a massive chunk of your studio budget on a mixer, the Zoom LiveTrak L-8 is a safe bet. It doesn’t just have all the mixer basics covered; it also has a built-in audio interface with a 12-Track simultaneous recording capability.

For the iPad Music Producer 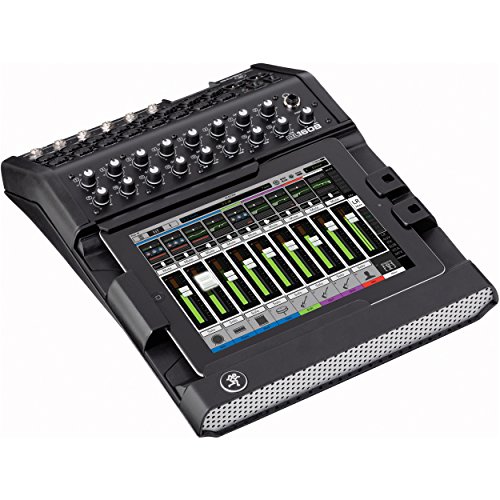 Combining the convenience and mobility of an iPad with your audio mixer is such a stroke of genius. Mackie even lets you unmount the iPad easily so you can take your faders and other functions with you. While the Mackie DL1608 and Zoom LiveTrak L-8 are both excellent and reasonably-priced options, a few out there also have some great value propositions.

In this piece we’ll make sure to consider: 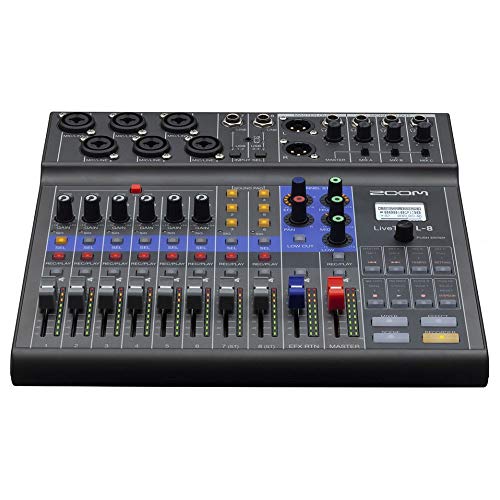 When it comes to bang for your buck mixers, the Zoom LiveTrak L-8 comes highly recommended by industry experts.

It’s got everything you’ll need in a mixer, such as an adequate and versatile amount of inputs, battery power, and even some extras such as a USB interface for recording music that I didn’t think was possible to fit in its price range.

It also has a smartphone input that you can’t find in more expensive mixers for recording studios.

Pros of the Zoom LiveTrak L-8

Cons of the Zoom LiveTrak L-8 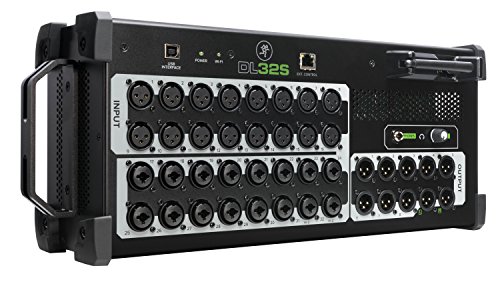 If you’re looking to stay mobile as you mix or record your music, then there’s nothing more appropriate than the Mackie DL1608. It’s optimized for use with an iPad.

You don’t even have to have the tablet physically connected to the mixer because it has wireless technology built-in. This means you can take the paired iPad with you inside the recording booth and interact with your faders and equalizers from there.

On the other hand, if you want to keep the iPad on the mixer, there’s a dedicated rack for it on the hardware itself.

Because the faders are all controlled via the Master Fader Control app, the only physical controls you have are the gain knobs. Just plug the iPad into the dedicated dock and hit the record button to record the central stereo mix. 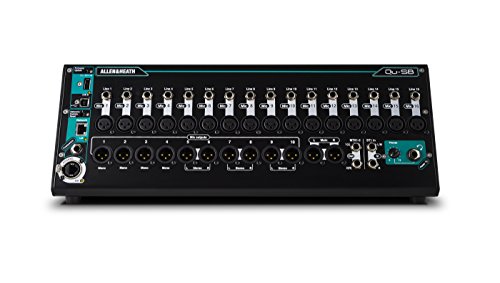 The idea of using an iPad as a control center for the mixer has become a sought-after feature for some music professionals. Even Allen & Heath has jumped on this bandwagon with their Qu-SB Mixer.

The ability to change up your EQ settings to levels that are perfect for your particular taste as you’re playing is just too good a feature to pass up.

One of the main differences between the Qu-SB and the Mackie DL1608 is no iPad mount for the tablet with the Allen & Heath product. Other than that, it’s just as fully featured as Mackie’s iPad-oriented mixer.

The snake port is also an excellent addition for more inputs without having to use up space for them permanently. If you find yourself working on a more significant project than usual, hook up some more inputs, and you should be golden. 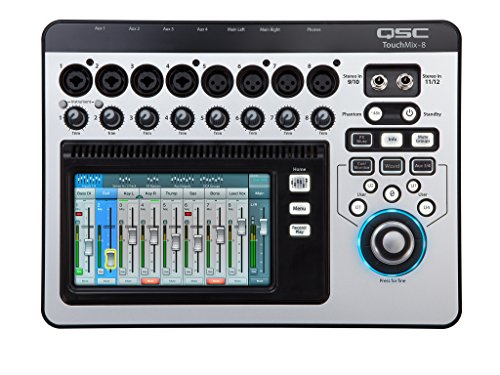 If you want the versatility of a touchscreen fader control system but don’t want to invest in a separate tablet, then the QSC TouchMix 16 is your best bet.

It’s got a built-in touchscreen that can change its functions depending on what instrument cluster you’re trying to access.

Because of the versatile touchscreen, the Touch Mix doesn’t need much room on your studio table, making room for essential peripherals.

You can also pair a couple of iPads so you can change the settings while you’re in the recording booth or on stage.

Pros of the QSC TouchMix 16

Cons of the QSC TouchMix 16 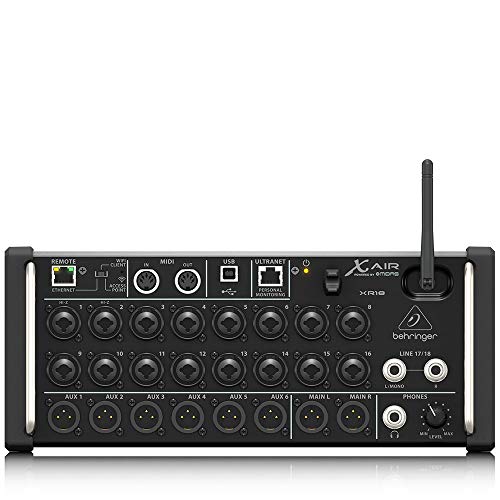 Behringer has carved out a niche for itself as a brand that offers a lot of value for a minimal price. It does this again with its digital mixer line in especially with its Behringer XR 18.

It’s another one of those compact mixers that make use of tablets or mobile devices you have lying around. As such, if you’re thinking of buying one, you should think about the cost of a new tablet as well. Luckily, tablet prices, even the iPads, have gone down recently and shouldn’t be too big of an investment.

The XR 18 is shaped like a boom box that seems just as solidly built as those 80s staples. But more than the build quality, it’s the quality of the MIDAS preamps that truly shine with this particular mixer.

For its price, it offers a lot of sound quality and some excellent recording abilities that you might expect from dedicated audio interfaces.

Speaking of Behringer, have you checked out our Midas M32 vs. Behringer X32 comparison?

I think the Zoom LiveTrak digital mixer is the best for a small-scale home recording studio.

The multi-track recording capabilities, iPad compatibility, and the ability to power it via batteries are just too good to pass up. It’s got everything that you could need and more for a reasonable price. However, if the price isn’t an object, there’s no reason not to go with the QSC TouchMix line.

Besides the ability to use battery power, it can do everything that the Zoom LiveTrak can, but with other nice-to-have features such as a Talkback mic, excellent built-in touchscreen fader control system, a wealth of I/O, and a slim aesthetic that would look great on your home studio. Best Pixel Art Speaker 2022 In this guide, we will be looking at the benefits of using a Pixel art speaker and what to look…